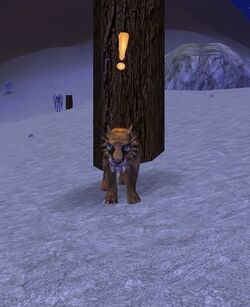 Quests in Regnum Online are obtained by speaking with non-player characters like merchants, guards and citizens in and around cities of the realm. A town-crier in the centre of the city will have a list of quests available to a player at their particular level. These quests will be listed under "News" in the dialogue window opened when speaking to the crier. The crier tells a character they should speak to certain NPC's, identifying them by first name. These NPC's will have the available quests. (Also note that as a player levels, the same NPC's may have new quests for them, without crier's list being updated).

Quests reward players with experience, money, equipment, or a combination of all three. Quests are almost always the quickest form of gaining experience and money. Quest assignments can involve killing certain monsters and collecting items they drop, locating and talking to various NPC's for information, or interacting with the environment in and around towns. In the process, the quests reveal the backstory or history of the realm, and oftentimes uncover a web of drama and intrigue among its citizens.

Recently, special PvP quests have been added to the game. They require the player to defeat enemy players in combat. The easiest way to finish them fast is joining war battles (RVR).

Retrieved from "https://regnum.fandom.com/wiki/Quests?oldid=44857"
Community content is available under CC-BY-SA unless otherwise noted.