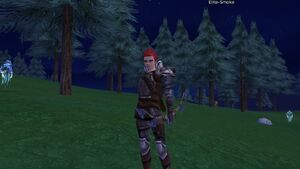 to Alsius. In the earlier times, they were isolated from the rest of the world, but the Dwarves traveling north came across them.

The two engaged in a brief war until realizing their objectives were similar. They forged an alliance with the Utghars and today the 3 races defend the Empire of Alsius.

As humans, Nordos are able to fight as warriors, archers and mages. Like the other races of Alsius, the Nordos have a strong martial tradition, but also place much emphasis on magic.

Starting stats for the different classes Nordos can play as are as follows:

Retrieved from "https://regnum.fandom.com/wiki/Nordos?oldid=43947"
Community content is available under CC-BY-SA unless otherwise noted.